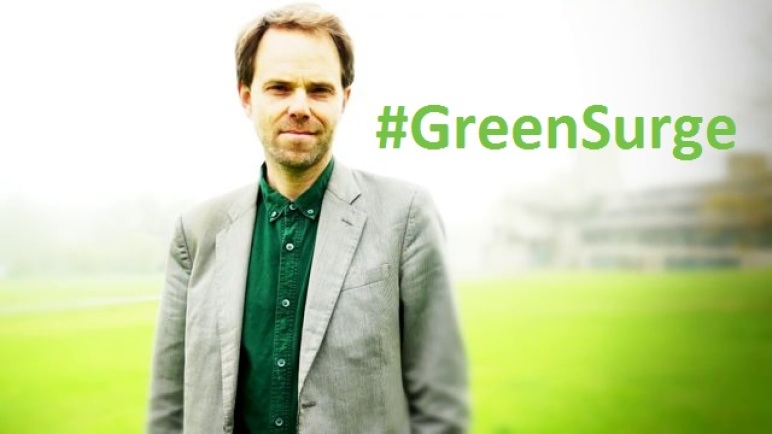 Cambridge Green MP Rupert Read has revealed a worrying tendency towards transphobia and ableism that has left many Cambridge voters disappointed and unwilling to support his candidacy.

Read was taken to task for tweeting, “The attempt 2 force everyone 2 use the term ‘cis’ troubles me. Many feminists of course share this senseofbeingtroubled at this.” The transphobic sentiment implied by this tweet left many Twitter users voicing their disagreement and disappointment. “Cis,” or “cisgender,” is a word used simply to mean that someone’s gender aligns with the one they were assigned at birth – in other words, they are not transgender.

To explain his argument more fully, Read linked to an post on his website, http://rupertread.net, in which he states, “there is a genuine, complicated question within Feminism about whether trans-women can or should in every or all respects be regarded straightforwardly as women.” Read compares “psychically” identifying as a woman to ‘identifying’ as disabled or black, and at one point in the post refers to trans women as “former men.”

Unsurprisingly, this explanation did nothing to satisfy Twitter users as to Read’s denial of transphobia. One transgender ex-Green Party member, who asked to remain anonymous, said to Get Real., “Being asked to campaign for Rupert Read in the European elections made me feel incredibly uncomfortable and I refused to vote Green in the Eastern region because he was the MEP candidate. The fact that he was nominated for Parliament and appointed as a national party spokesperson made me feel even more uncomfortable in the party and it was one of several reasons why I later left the Green Party. People should not be able to get a free pass on transphobia just because they’re in the Green Party.” Sarah Brown, LGBT equality activist and charity volunteer, told us, “Mr Read seems to have got himself into a bit of trouble on Twitter arguing with disabled people and trans people about how we should see ourselves, and how we should react to ableist and transphobic bigotry. Potential MPs need to listen to the issues of constituents, not tell them they should be nice to bigots and bullies.”

Cambridge voters who support the Green Party’s policies have been disappointed and angered by Read’s views. One student told us, “I was planning to vote Green as I like their policies much more than those of the other parties. However, I don’t want to vote for a candidate who won’t listen to trans people and disabled people. It’s not the right attitude and I wouldn’t trust him to make decisions on behalf of me (a trans person) in Parliament.”

Brendan Mahon, President of CUSU LGBT+, told Get Real., “CUSU LGBT+ deplores transphobia wherever it occurs. We are disappointed that this candidate should see fit to hold and air such views. That he hopes to run for election as this city’s representitave in parliament is even more alarming. We hope that he reconsiders them and emerges as a strong ally for the trans community.”

The original tweet was part of a debate over Read’s use of the word “moron,” initiating a discussion with several Twitter users who were concerned about the ableist connotations of the term, and who were not happy with Read’s response that he did not see it as harmful. Further responses from Read used the terms “dumb” and “stupid.” When challenged on the use of these terms, Read stated that Twitter was “unsuitable for this level of detail,” inviting those who questioned his language to come to a hustings instead.

In an exclusive comment for Get Real. Luke Illiot, Co-Chair of the Cambridge Young Greens told Get Real. the following: