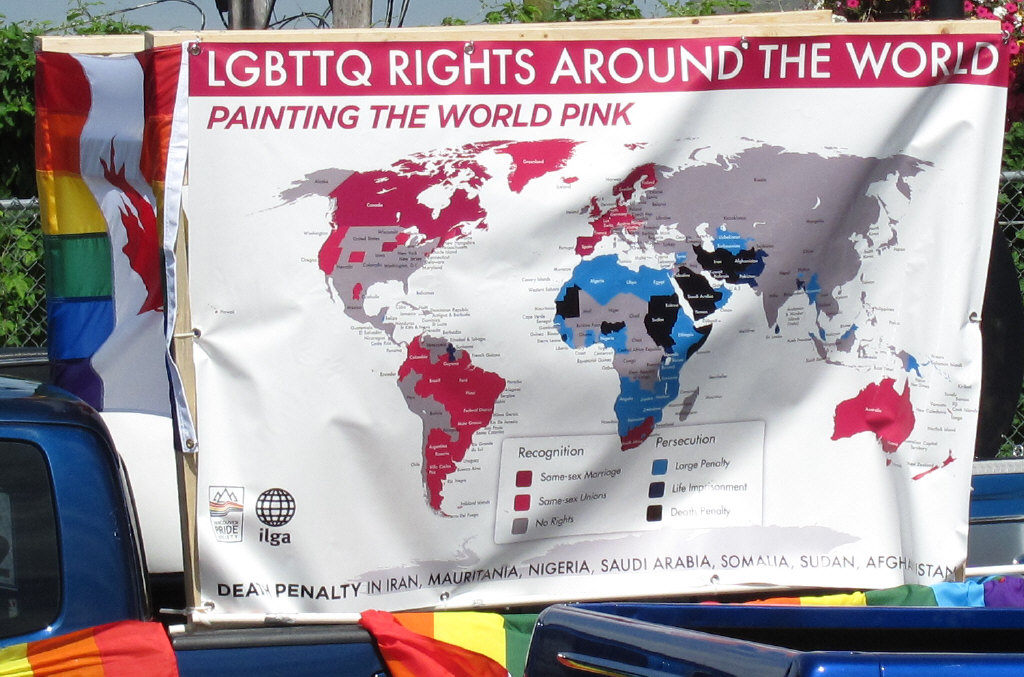 Buffy argues that LGBT+ rights abroad are our concern too. Credits: Mr.Bishie

Cambridge is a bubble – we all know that. It is arguably even more of a bubble for the LGBT+ community. Here we are in this wonderful city: we can walk the streets hand-in-hand with the person we love, discuss LGBT+ themed literature at dedicated book groups, attend LGBTea & Cake at our College’s JCR and generally just be the people we want to be, all in comparative safety. It’s very easy to slip into this bubble and never bother to peer outside.

This is what worries me: the extent of apparent apathy towards LGBT+ issues further afield.

Whilst engagement with anything taking place beyond Girton is hard to come by, there is an abundance of tortuous and circular Facebook debate about semantics. And frankly, this seems a bit petty when you consider that there are 76 countries in the world where it is a crime to be gay.

It’s not that I think the issues which we largely concern ourselves with in Cambridge are trivial, I just feel they pale into insignificance when you start to take an international perspective.

And things are not, as we may like to hope, getting better.

In Gambia, a law making ‘aggravated homosexuality’ punishable by life sentence was introduced on the 9th October 2014. By November the first arrests had been made, including at least four men, nine women and a 17-year-old boy. That’s younger than most of us. Whilst being held, they were tortured to try and make them confess their ‘crimes’ and reveal information about other people perceived to be gay or lesbian. They were told that if they did not confess, they would be subjected to horrific physical ‘tests’ of their sexual orientation.

Later in November, 167 transgender women were detained in South West India, rounded up by police while going about their daily lives. Although India socially recognises ‘hijras’, the community faces discrimination and illegal police action, making it largely impossible for them to integrate into wider society.

These events happened in Michaelmas and we did nothing.

But the thing is, when we do decide to get involved we really can make an impact. Many of you probably remember the ‘To Russia With Love’ flash mob on King’s Parade in February, in protest of Russia’s anti-gay laws and the threat to LGBT+ people at the Sochi Olympics. The event was reported in local, national and international news and footage and messages of solidarity from the event were sent to LGBT+ people in Russia.

As an influential student body consisting of 900 members (according to our beloved Facebook), CUSU LGBT+ has a responsibility to engage politically and actually attempt to make a difference. And as individuals we should take the initiative to play our part too – after all ‘To Russia With Love’ was organised by a small number of people independent of CUSU LGBT+. We cannot simply sit smugly supping our LGBTea, satisfied with our own privileged existence.

So maybe this should be our New Year’s Resolution: to escape the Cambridge bubble, get engaged and actually do things that make a difference. Because, together, we have the potential to be really powerful.